About the Nepal project- 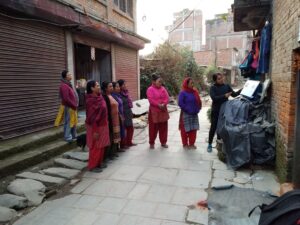 Saral started Project Atmabiswas with funding received from Millennium Alliance- round 5 challenge. The project aimed at starting a sustainable and comprehensive model for decentralized production, distribution of sanitary pads and menstrual hygiene education in four municipalities of Kathmandu Valley (Dakshinkali, Godawari, Shankarapur and Tarkeshwor). It was started in June 2019 initially 500 girls and women were oriented on menstrual hygiene and 30 Sales and Outreach Agents (SOAs) were recruited for sales of pads. These pads were sold at subsidized rates so that girls and women could afford the pads and maintain hygiene during periods. Under this project orientations on menstruation and hygiene practice were done in communities and schools. These sessions were on hold during the pandemic for some time but later in between lockdowns from the end of February to April 2021 they were continued in all intervention areas with help of 43 Field Coordinators. Through these sessions, we were able to reach 16,141 girls and women with orientation on menstruation and menstrual hygiene management.

Key Interventions in this Project:- 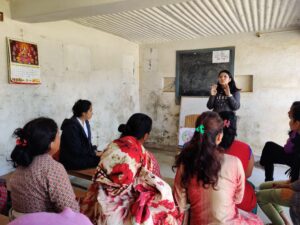 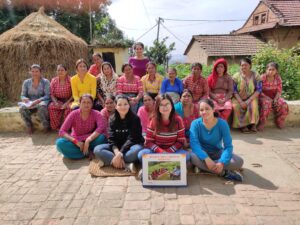 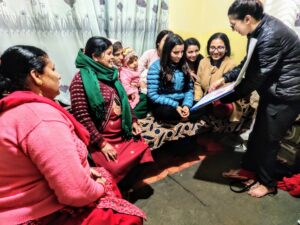 Although the length of the project was short, it was able to make tangible changes in the knowledge and most of the practices regarding menstruation and hygiene. Most of the hygiene practices that were seen in the endline (a year after implementation of the project) were adopted and practiced by the girls and women in the intervention area.